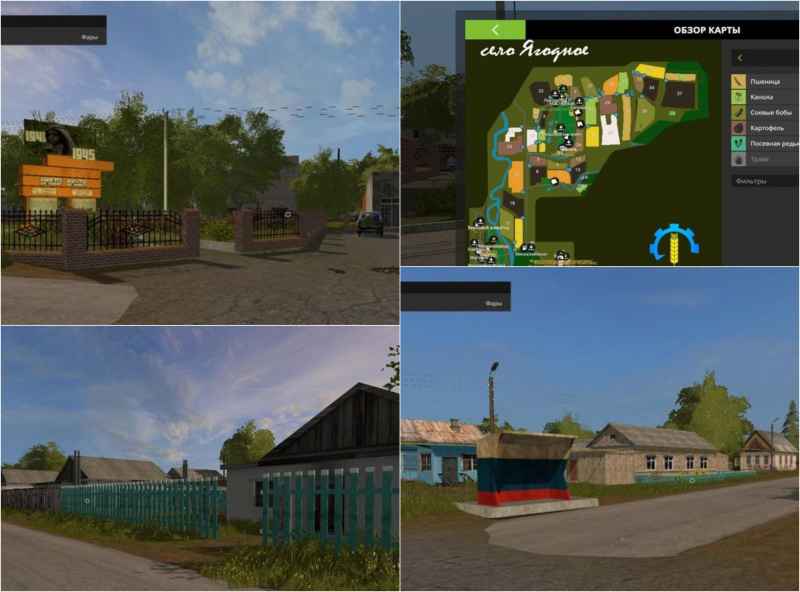 Description:
The map of the village was created according to its peacetime, where I was poised and vypoc in the Trans-Baikal region of the Low-class cottage.

Changes 1.3.5:
Added the possibility of adding bales to the mixer.
Changed the production of feed for pigs and cows.
Folded collisions near the storage of hay and straw.
Little things are all kinds.

The flocks are scattered: the main culture, the ovoschae, the village, the co-ops, the families, the ces- mans, the exuberance (liquid and dry), the cleaned-up earth, the fuel.

Changes 1.3.4:
The borders of the map are expanded, fields are added.
Changed warehouses of hay, straw, seeds.
Animal food stores have been added.
Added BGA with garages.
Fixed silos.
Flour mill, fish farm and quarry with sand.
At the bakery changed production.
Some production is bought.
On trifles and much more.