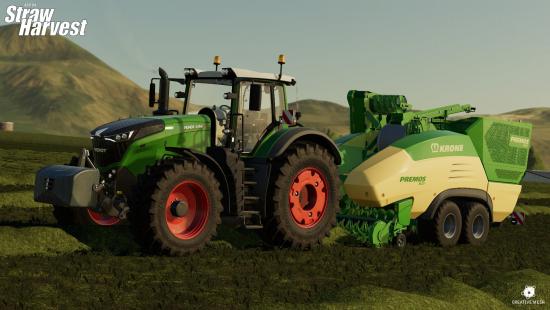 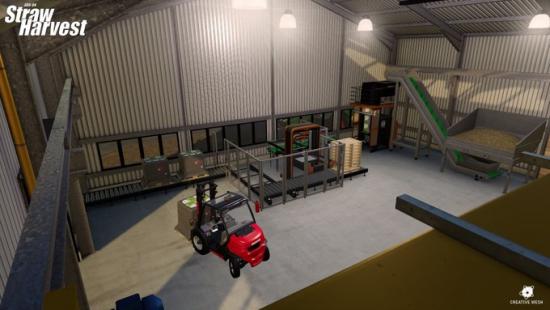 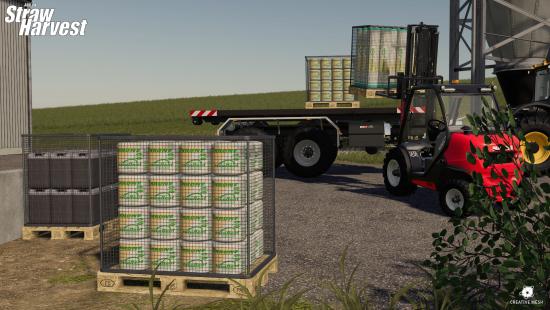 Description:
Creative Mesh studio announced that as early as April 7 we will get free DLC for Farming Simulator 2019 for all platforms.
The Straw Harvest DLC is a modification known from FS 17.
This modification adds the possibility of processing straw into pellets using Krone and Bressel und Lade machines.

In addition, we will see machines such as the Krone Premos 5000, krone bale chopper, two presses, Krone BiG Pack 1290 HDP II cube baler and Comprima v180xc round baler, as well as other smaller machines related to straw collecting and pellet production.