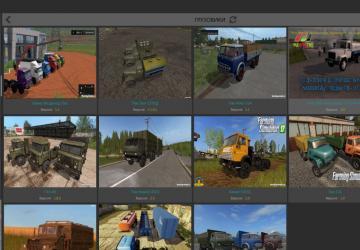 The program, also, allows for the compulsory repetition of unsupportable calls of models, and also eliminates the separate syntax errors in the xml files. For this, the method has to be saved in the program.

With the help of the Mod Manager, it is possible to carry out the installation and removal of models. If you don’t need to install the gamut of the parameter parametre: “Describe”, then the method will be installed in the packaged video. There is also a temporary deactivation, at the event that you are not ready to immediately delete the device without any doubt. It is easily removed from the modifying package, but you will always be able to turn it back by pressing the “Activate” button.

It is possible to replace the modal installation of models.

The program of nabozhena in Russian, Ukrainian and English languages. This greatly simplifies its understanding for each one.

New, completely from scratch rewritten version of Mod Manager.
Since version v2 has exhausted its resource of updates, it was decided to rewrite the program from scratch.

Of the main innovations:
– Ability to create sets of modifications and quickly activate them;
– More editing options;
– Support l10n;
– Ability to easily translate mods by editing l10n;
– A tag has been entered in which you can enter the address of the site that the program will display, with the possibility of transition;
– Editing brands;
– Now the program will notify about incorrect data of the engine and real data;
– The installer is now trying to determine the new relevance of the modification version among the installed ones;
– Support for new categories;
– You can participate in translating the program into other languages;
– Direct contact with the author;
– Many other changes and innovations.

To run the program, you need to have on your computer Microsoft .NET Framework 4.6.1.

Changes v 3.1.0.0:
Fixed crash when saving.
Fixed crash when opening some mods with incorrect attributes.
Fixed saving mod sets
Fixed opening in external editor if mod is unpacked
Fixed saving sorting by name
Added new section.
Added the ability to enable the formatting of the correct markup hml when saving. The default is off.
Creating categories, now fully automatic, the program will automatically install the script, and register everything necessary in modDesc
Fixed some tinctures.

Changes v 3.0.0.7:
Fixed a bug when after editing some mods, in the program, from the game store, improvements for this mod disappeared, such as: selection of engine, colors, etc.
Fixed saving functions of technology.
Fixed translation in the settings.
Fixed crash when you click on the site in the menu, About.