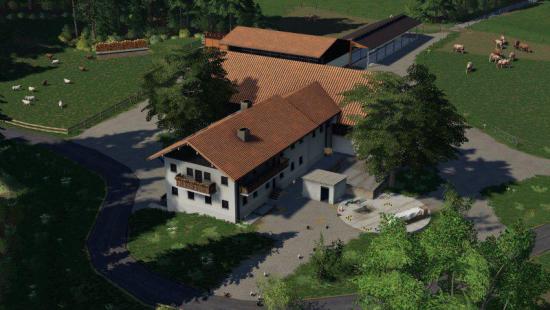 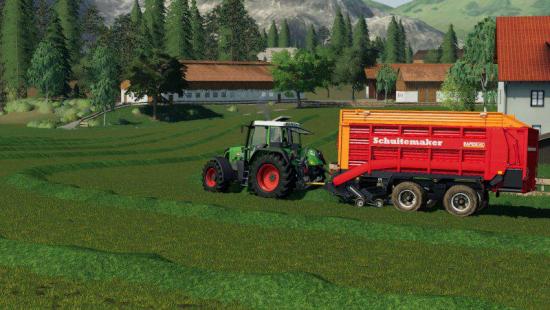 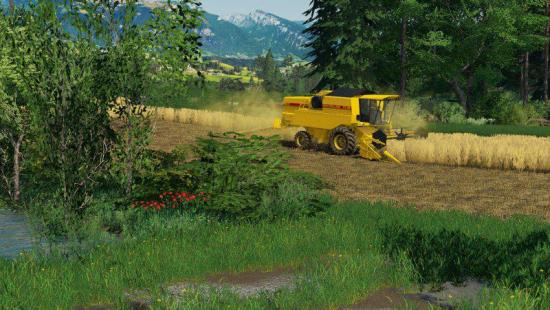 The map is now ready to play with MaizePlus, the CCM extension from MaizePlus and Seasons.
Exchange of all streets
All previous streets with their angular edges and gradients have been replaced by new streets with beautiful round edges.
Adjustment of foliage texture changes with seasons
Now the foliage textures change exactly with the change of the season, i. H. the autumn textures are e.g. B. used from early to late autumn. Seasons has basically built an offset here. For example, when starting a new savegame in early spring, the winter textures are still used. The spring textures only appear when you switch to mid-spring. I never really liked this, so I’ve now changed it with Seasons’ latitude.xml integrated into the map.

Conifers change their appearance in winter
Now the conifers also get a different texture in winter, they are covered with a light layer of snow / frost.
Bushes have no leaves in winter
All bushes on the map now lose their leaves in winter and only the branches remain. A big thank you to Eribus for the beautiful texture!
Added snow roofs to buildings
–
Detailed 1: 1 replica of the village of Holz in the Tegernsee valley.
Welcome to the Holzer Map!
This is a detailed replica including a height model from GoogleEarth from the village of Holz in the beautiful Tegernsee valley in the district of Miesbach in Upper Bavaria.
Construction of the map started in December 2016 with a first release for the LS17. In the meantime the LS19 has appeared and after the conversion work is finished I can now present the Holzer Map for the LS19.
The village of Holz is bordered on the east by the shores of Lake Tegernsee and in the west by the foothills of the Holzer Alm. The wooden areas in between are divided into a total of 7 farms in the village. In addition, extensive forestry can be practiced in the numerous forest areas.
Each farm can be managed independently. In the agricultural trade there is also the possibility to buy necessary goods such as seeds, fertilizer, lime, etc.

The map includes the following features:
1. Combination of classic LS style with built-in courtyards and a new mode using placeable objects and terraforming.
2. Increase the maximum number of animal enclosures from 10 to 32.
3. Change of feeding options for the cows:
– Shift of the “Hay” feed type to the “Grass” feed type.
– Addition of another feed component “grain”.
4. Higher number of angles for the floor textures.
5. Improved in-game lighting using xml settings from BulletBill.
6. Alternative map version with more agriculture.
7. Many other little things, all of which are listed in the map manual.

The following external mods are required and must also be in the mod folder:

Since the courtyards were all designed differently, the position of the triggers installed is of course different on each courtyard. So that you can still orientate yourself at the start of the game and find everything you need, I have also created a manual for the map. All triggers of the courtyards and sales outlets are described and listed here with pictures. This should make it easy to find the triggers, tipping points, etc.

Multiplayer theme:
To be able to play the map in the MP with several separate courtyards, a separate defaultItems.xml is necessary. You have to insert this file into the main directory of the map and replace the existing xml with it. Make a backup copy of the original file beforehand so that you can use it again for the SP !!

The defaultItems.xml for the MP is included in the downloaded ZIP file!

If you are then in the MP you have to create the farms accordingly, ideally 6 pieces as there are a total of 6 farmIDs in the xml (for the 6 permanently built farms). Then you have to decide which of the courtyards you want to join. The following applies here:

The separate farm allocation should also work in the MP.
You have to unzip the downloaded ZIP file!

Now I hope you enjoy exploring and playing the Holzer Map!