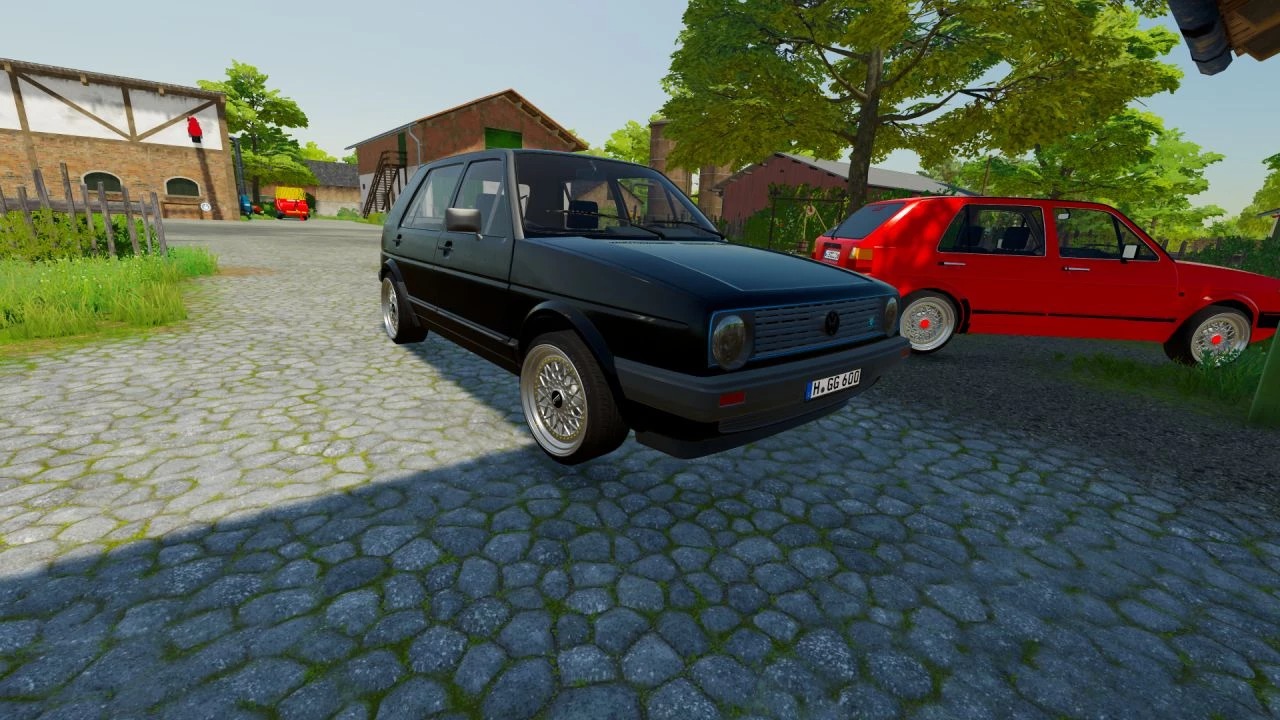 Volkswagen presented the G60 in 1990. Based on the 8-valve version, this differed by the addition of a compressor which increased the power from 112 to 160 hp. However, before launching the production G60, Volkswagen experimented with mounting a compressor and many other technical solutions on a model produced in only 71 units, the Volkswagen Golf II G60 Limited.

Produced between 1988 and 1989, the Golf GTI G60 Limited was developed by the manufacturer’s competition department, Volkwagen Motorsport. Sold exclusively in Germany at the headquarters of Volkwagen Motorsport in Hanover to informed customers, it was only available in a 5-door version and exclusively in black (this is why on FS22 there is no choice of color on this mod). To distinguish it from a GTI, it had a grille underlined by a blue border and whose GTI logo was replaced by a badge bearing the trademark of VW Motorsport. It was also equipped with 15-inch BBS RM rims, and a full leather interior.

Compared to the G60, its engine was a 16-valve equipped with a compressor that developed no less than 210 hp. To convey this power, it was equipped with the Syncro all-wheel drive from the Golf G60 Rallye (another derivative of the Golf 2 G60 which served as the basis for the homologation of the rally version for competition).

Finally the G60 Limited was from 1989 until 2001 (the arrival of the Golf 4 R32 which had 241hp) that is to say 11 years the fastest Golf in the world and to this day this the Golf most sought after by the true fan of the brand I belong to, this is the Holy Grail!!! of all Golfs.