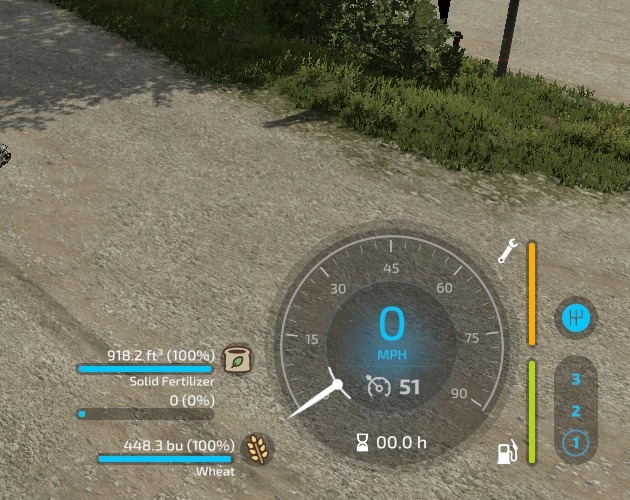 Description:
This mod extends the unit conversion capabilities of FS22. It does not change any internal values, only how they are displayed in game.

This is a BETA version, which I decided to release early while I work on a couple side projects. Currently, the vehicle HUD and price menu should be working. There is no in game menu, everything is configured through the xml system. That being said, both an imperial and metric set has been pre-configured internally.

To change between the imperial and metric set, simply go into the vanilla in game menu and select “Miles” for imperial or “Kilometers” for metric.

Default keybinds are as follows (these can be changed):

Units can be “added” from any mod or modSettings, but existing units can only be “appended” from the map, this mod, the addon mod, or from your modSettings folder. The modSettings folder is used for single player ONLY. It was designed this way to keep all unit information the same for everyone in multiplayer.

Examples on how to set things up can be found in the sdk folder as well as the modDesc.xml of this mod.

Unit Convert is designed to require no configuration for most people, while still allowing more advanced options for those who want it.

I’ve released this version a bit early, as I’m working on the production screen and info boxes. There reason is, there was a game update and I made quite a few internal changes to how everything works. If any of you experience any issues while I finish up the next version, let me know either here or on my Facebook page at https://www.facebook.com/ThundRFSMods.

New in this version:

– Prices menu is no longer locked to a specific set of units.

I tested the basics (single and multiplayer), but it would take forever to test all possibilities myself. That’s why it’s important to report issues when they come up so I can address them.