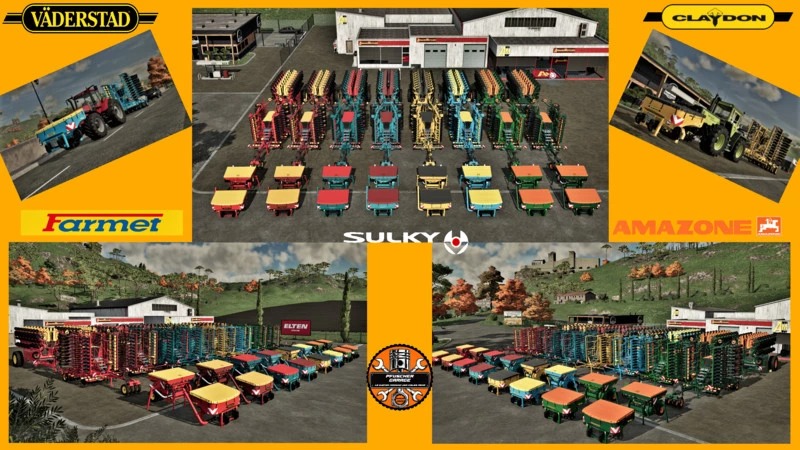 Description:
What can the Drillen Pack?
Alles what a Drille or a single-grain Drille should be able
as well as the front tanks

2 different drills.:
– originally the Rapid A800S from Väderstad
– originally the Tempo L16 from Väderstad
Both drills have the possibility to use a front tank, where it does not matter which of the 2 should be used .
On both drills were installed for this purpose “hoses or tubes” .
Furthermore, there is the possibility to configure different makes …
Furthermore, the Rapid is once WITH and once WITHOUT fertilizer function available in the store.

Thanks to all testers as well as the Gloriouse Streamteam of Nastus1!