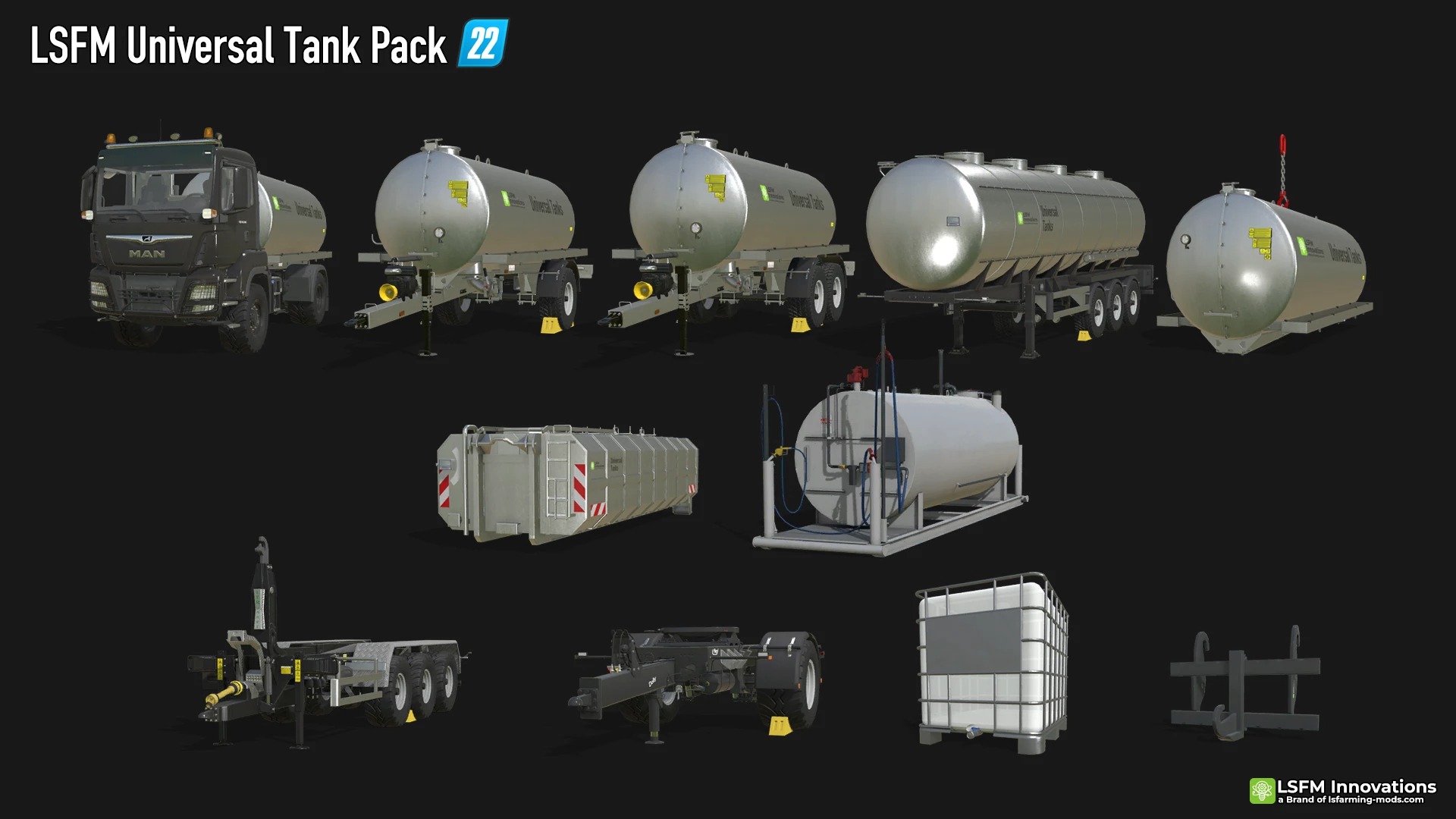 – UTSS32000 (semitrailer) fixed, nothing could be unloaded at different unloading points

– Liquid effects added when discharging (an effect that applies to all liquids, there is currently no solution for this problem because Giants has changed all of the MaterialHolder)

– Collision masks of the whole trigger adapted (better functionality and compatibility to patch 1.2)

– Fixed trigger from UTTS 32000L Semitrailer, corrects the error that the standard water tanks could not be filled

– Vehicles can now be refueled at the universal tanks

Known from the LS19 now available for the LS22.

Here in a revised version, with new sounds and several bike configurations.

The LSFM Universal Tank Pack is mainly used to transport various liquids, but some tanks can also be converted to spread slurry. Please note that the cover must be open for some actions.

The animated discharge effects have been removed until there is a solution to implement them again.