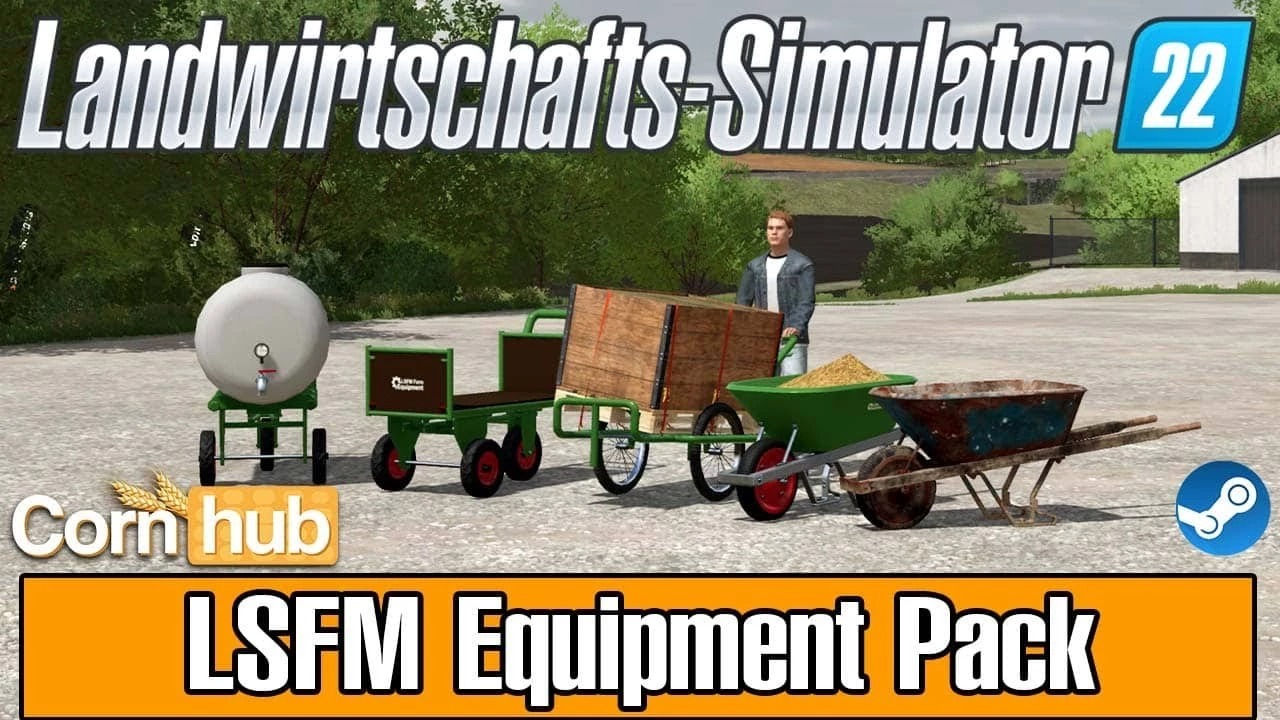 LSFM Farm Equipment Pack known from the LS19 can now also be used for the LS22 for other maps.

Due to the small size, load directly here from the website.

– Fixed coloring of the drawbar on the bicycle trailer

– Change EnterText Script installed. Changes “Get into vehicle” text to any text appropriate for the hand tool.

– PushableVehicleFix script installed. It is no longer necessary to start the hand tools beforehand.