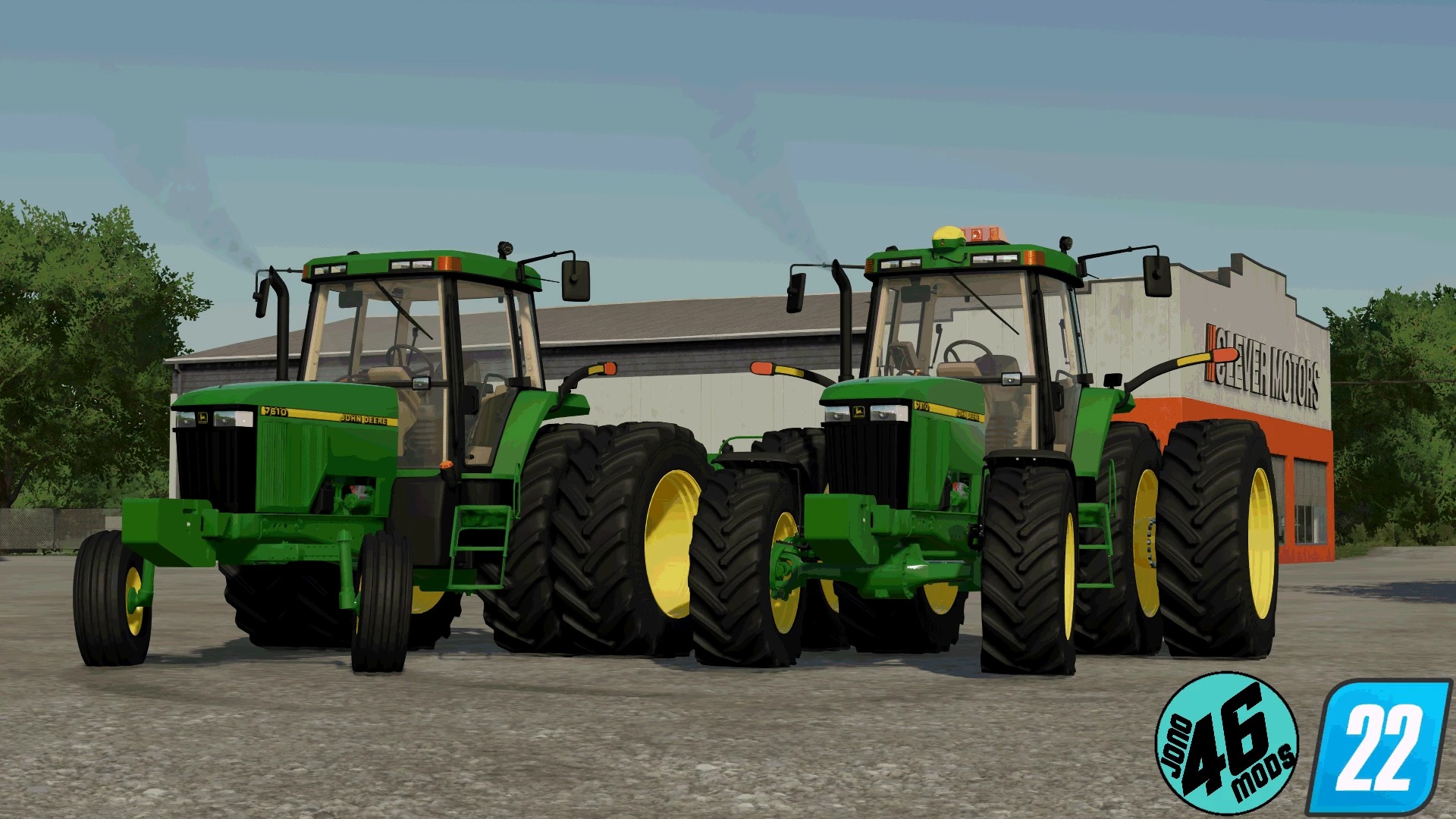 Description:
Another John Deere 7000 & 7010 series large frame. A tractor that have been recreated multiple times now in the farming simulator game and there is an other variant of it!

-Demco tanks mount and Degleman silage mount are under the Frontloader configurations.

-I am aware that the Degleman mount can be bought at the same time as a front weight config. I just trust you not to report that as an issue. Othewise you could of bought a front loader bracket when a part of the blade would be mounted at the same place on the frame rails and that would of been also unrealistic!

-I also suggest not to use the fenders configuration when using the demco tanks. the fenders will clip through the tanks when turning.

What I have done as 46mods to that mod is:

-Fixed errors. has a clean log so far in my testing.

-Complete wheel configs overhaul. (Stopped myself cause I could of made more)

-Set up mounts for Demco tanks and Degleman silage blade.

-New John deere stickers (Thanks to Ross.W for reference pictures for the 7000 and my friend Pier-Luc Pelletier for the 10 series ones)

-46Mods (GE file cleanup and overhaul, still not perfect but it got better)