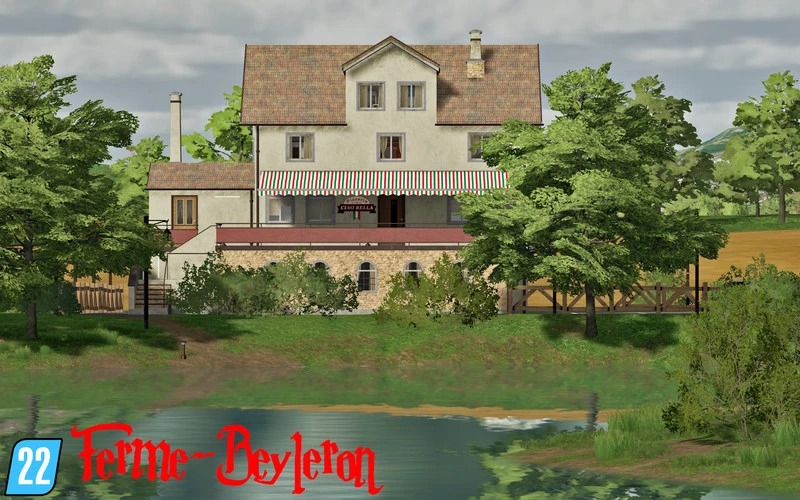 Description:
Version 1.7
* Vineyard redesigned. The distance between the grape vines has been increased from 2.3m to 2.5m, so that it is now easier to drive through with the fertilizer sprayer.
* New slurry tank with a capacity of 2,500,000 liters installed on the side yard.
* Multi-mixed feed production installed as a new production for mixed, pig and mineral feed on the side yard. The special feature: With the new FillTypes of fruits, cereals and proteins, you do not have to decide on a special fruit for the production of the above-mentioned types of feed, but have a free choice.
* Mixed, pig and mineral feed can be sold at the livestock trade.
* Small corrections to the terrain on the side yard.
* All productions and points of sale now have a dumping chute, so that you don’t just dump on the ground anymore.

Changelog of Ferme-Beyleron v1.0 (The map was tested extensively in the SP and on the Dedi and the log is error-free – except GIANTS bugs)