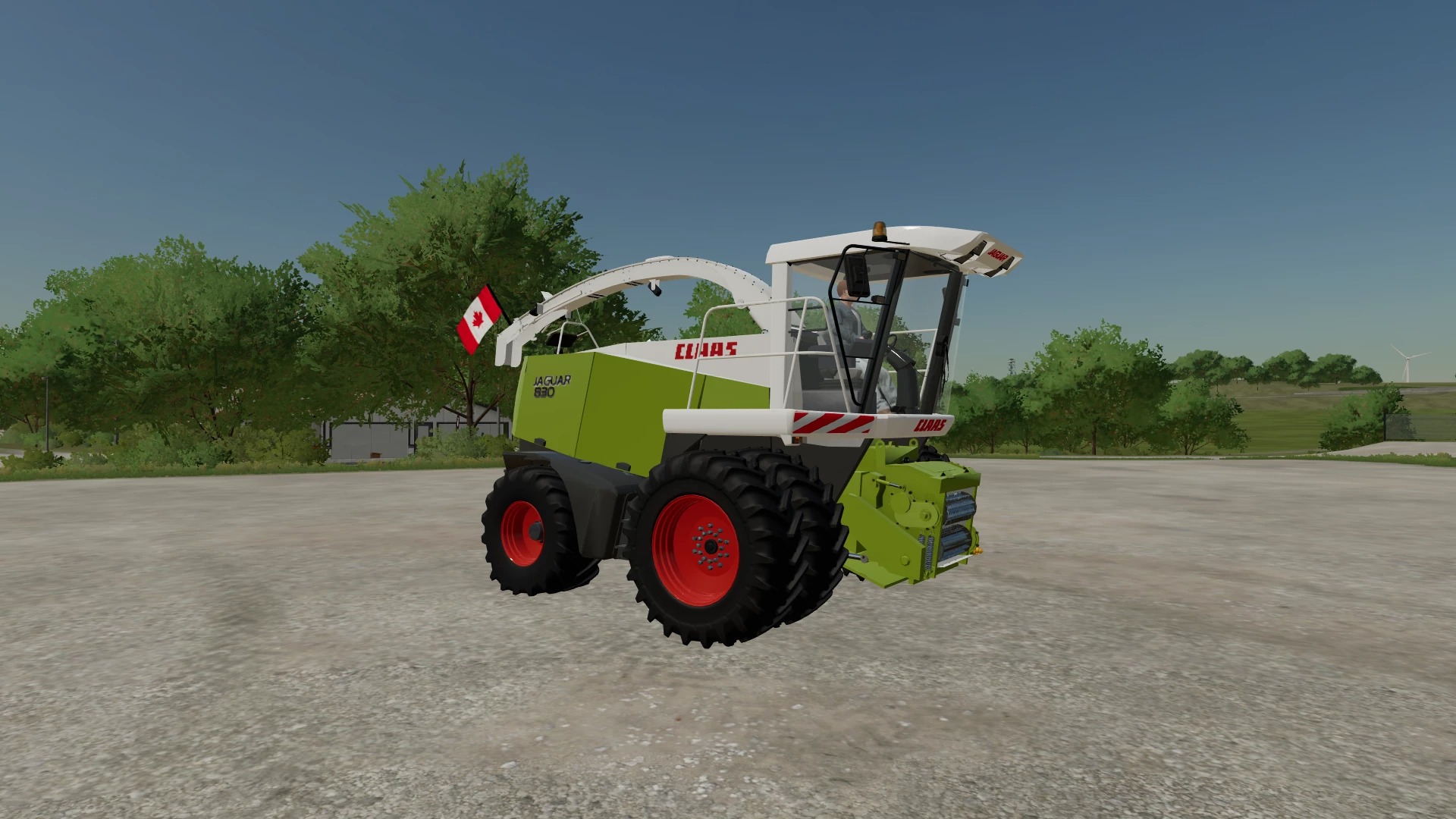 Description:
The JAGUAR Type 493 was unveiled in 2001 by Claas as the newest line up of revolutionary forage harvesters. A significant power milestone was passed with 605hp under the hood of the JAGUAR 900. Even the smallest model in the family delivered a highly impressive 321 hp. The proven basic structure and visual design were taken over essentially unchanged from the predecessor family. In 2003, Claas introduced their fastest choppers yet, with the 24mph Speedstars. The legendary GREEN EYE, which launched on the market in 2006, delivered an astounding 623 hp, along with numerous innovations for even greater efficiency and user convenience.

Here’s another great medium-sized forage harvester for those of you who want something to slide in between the small pull type choppers and the monstrous basegame harvesters! This mod is very simple in detail and design, but so was the real life machine. Included in this mod are the Claas JAGUAR machine itself, in addition to an edited Kemper 360. The only basegame corn header that supports this machine is the 6 row Kemper 345, and in real life, the Type 493 JAGUAR could handle an 8 row Kemper 360, so I have included an edit of the Kemper 360 which requires a more modest horsepower requirement. For pickup and disc headers, the basegame Pickup 300 and Direct Disc 520 are recommended. Each engine configuration on this mod is available as old (2001-05), new (2006-13), or Green Eye.

Silage Inoculant – Yes or No

– Adjusted the spout height to a more realistic level

– Added an edited Kemper 360 as the real life chopper can handle an 8 row head, but the basegame Kemper 360 has a high horsepower requirement.