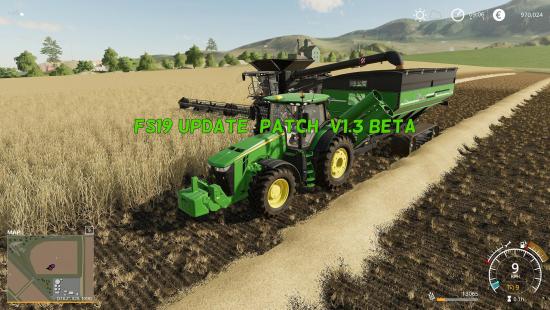 Added a filling percentage for tools and vehicles.
Added a name for the crops/seed/fertilizer inside the tool/vehicle.
Added a default mapping for Logitech MOMO Racing Wheel
Added a new sensitivity control to the adjusted analog gamepad steering

Bug fixes
Fixed bales desynchronization issues in Multiplayer
Fixed bought bales spawning beneath the map
Fixed BGA pricing and unloading issues
Fixed various LUA errors on dedicated servers
Fixed a blocking issue with the Goldhofer rear part.
Fixed a blocking issue when Alt-tabbing with a wheel connected.
Fixed an issue where animals kept producing even if they didn’t have any food or water.
Fixed an issue where bales vanished after tabbing away from the train on a dedicated server